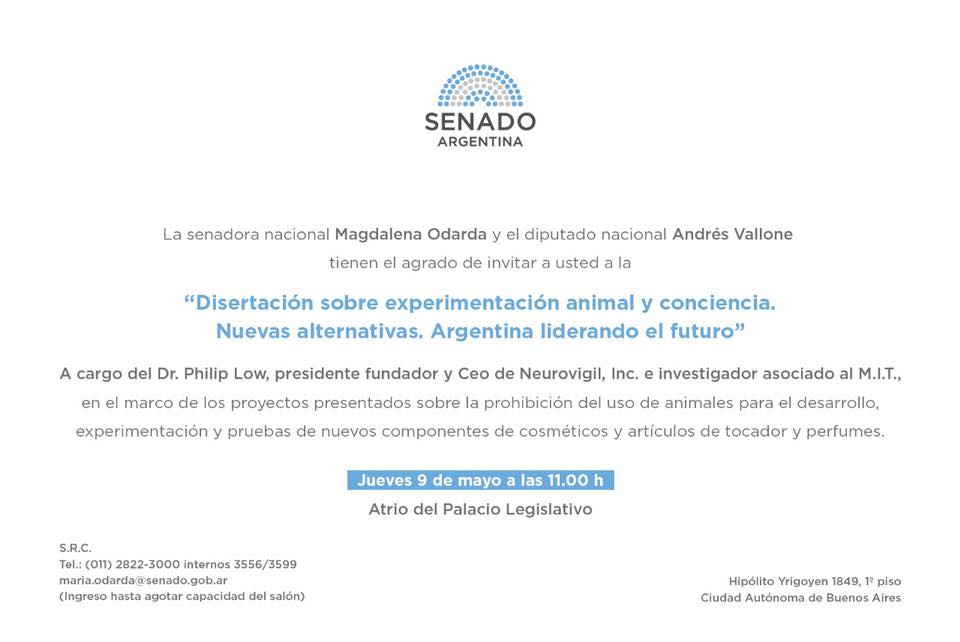 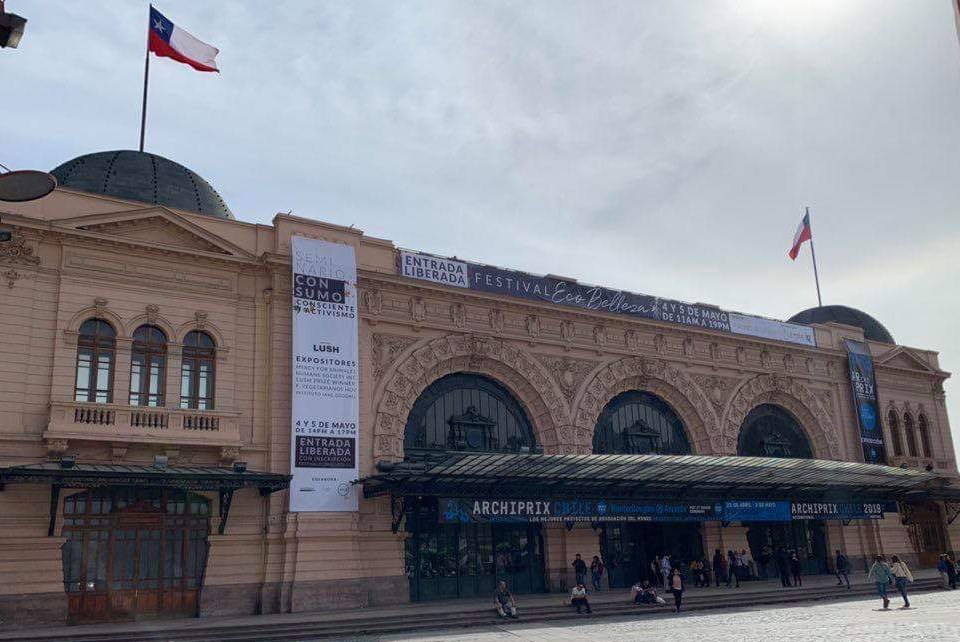 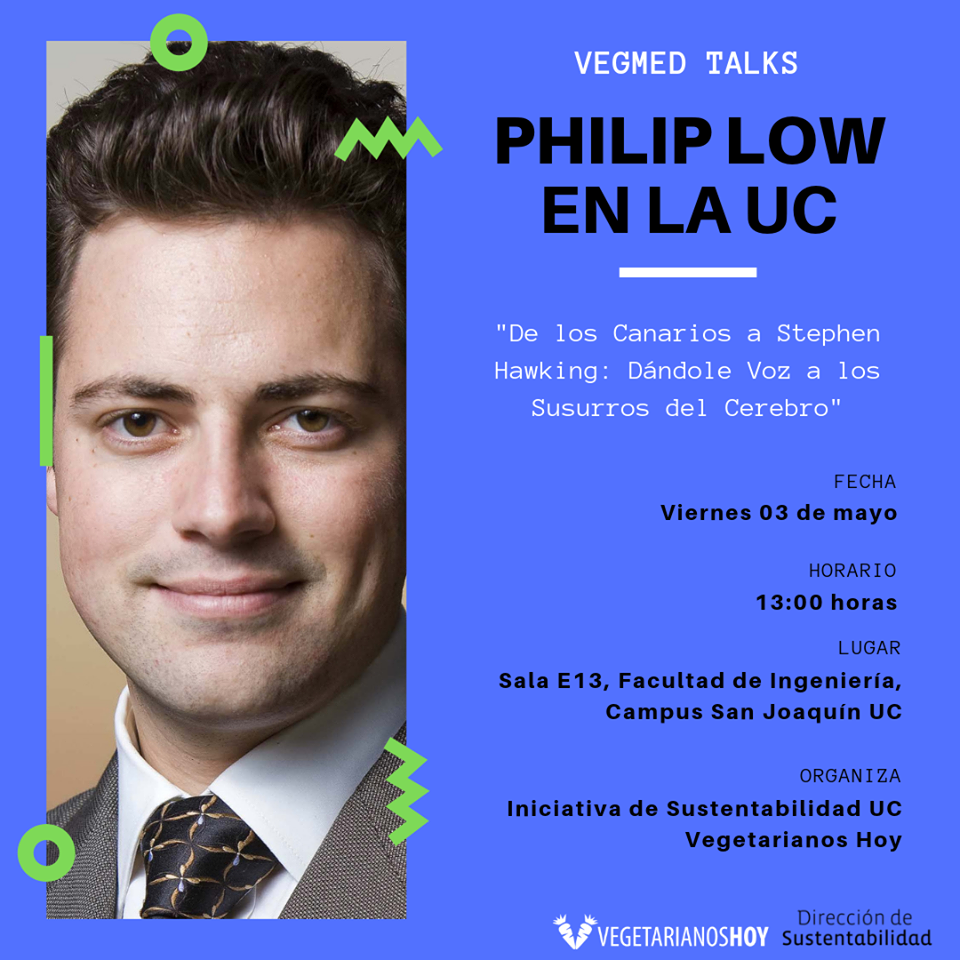 At the invitation of Buenos Aires Mayor, Mr. Jorge Macri, and the Minister of Health of the Province of Buenos Aires, Dr. Andrés Scarsi, MD, Dr. Low delivers keynote at Argentina's One Health conference 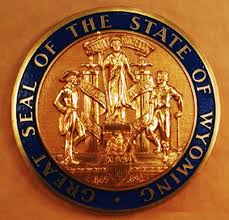 Dr. Low speaks at the University of Toronto 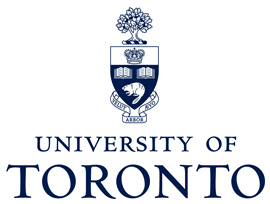 NeuroVigil honored as a winner of Transformative Technology 200 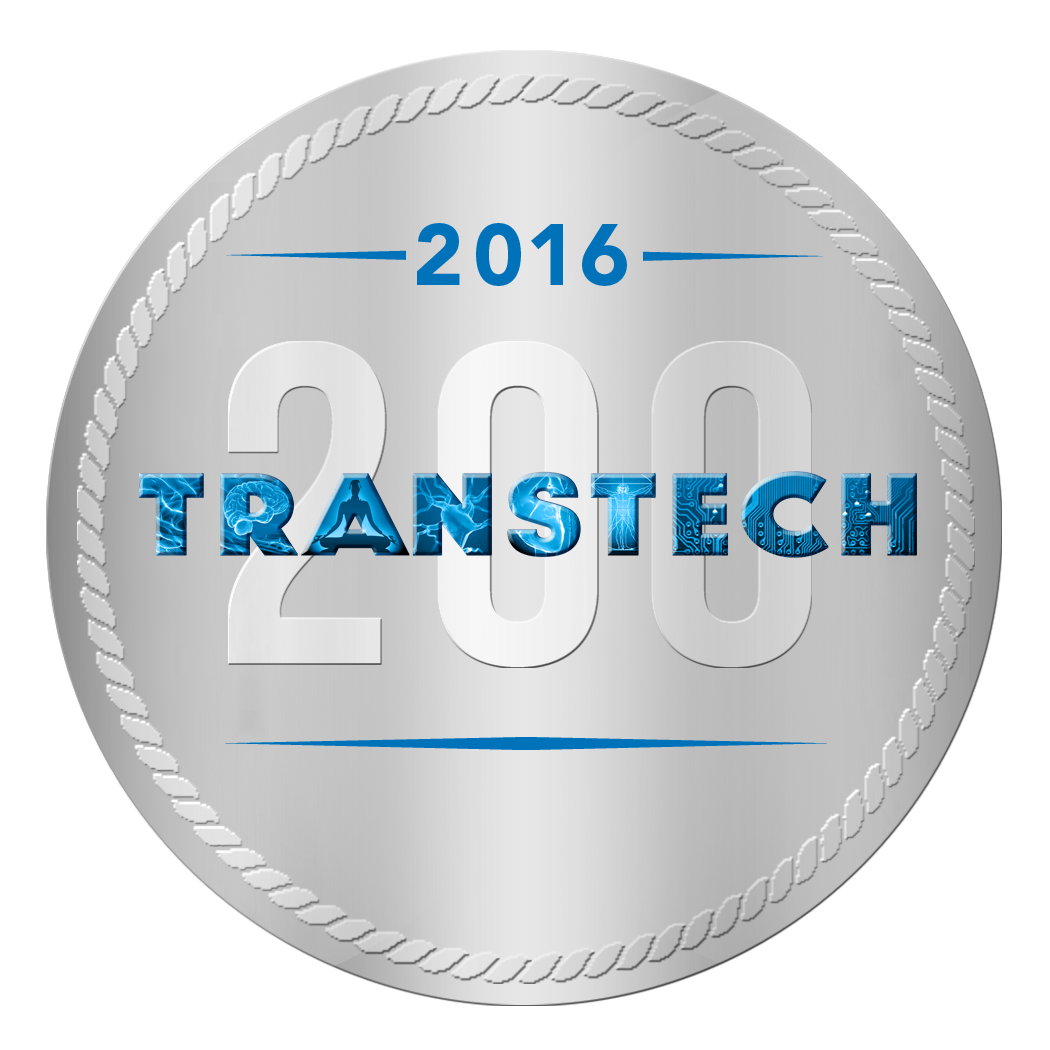 Dr. Low calls on Congress to get behind NeuroZone, a "Silicon Valley for the Brain".

Dr. Low Publishes Article on the Future of Neurotechnology in San Diego 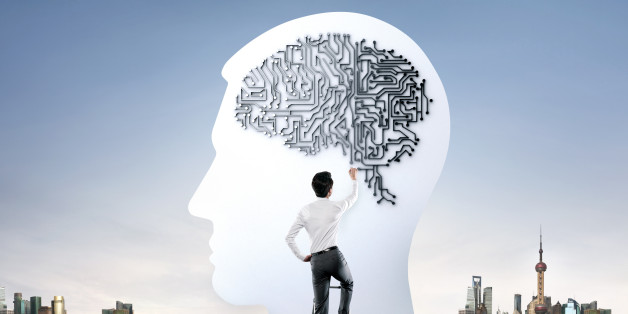 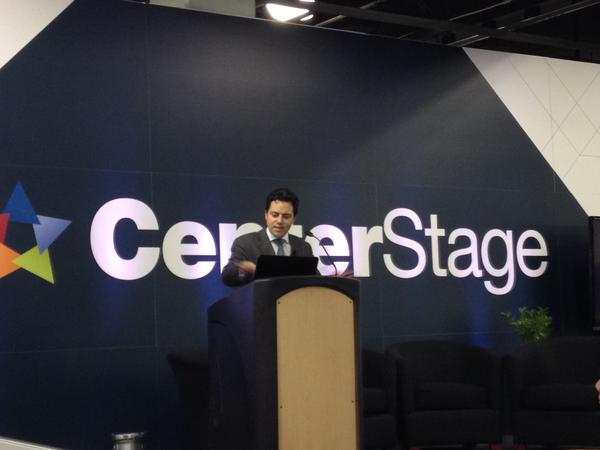 Dr. Low to speak at The Harvard Animal Consciousness Symposium:

"The Cambridge Declaration on Consciousness: Causes and Consequences"

The event is free and open to the public.  For more information, please visit: 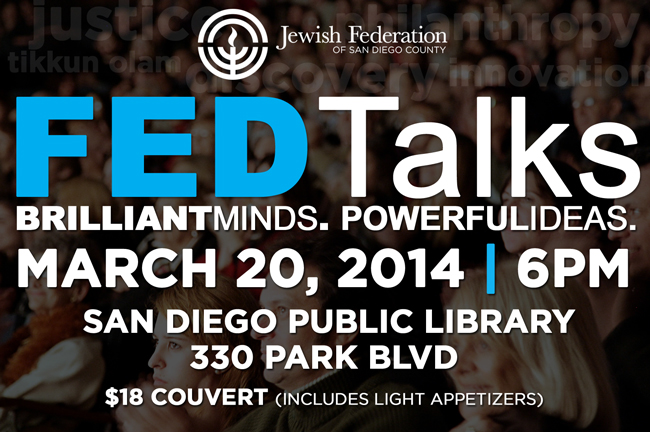 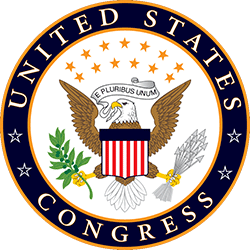 Fattah who spoke earlier in the conference, praised Dr. Low's breakthrough research and his commitment to the millions of patients in America, and worldwide, that suffer from brain diseases and disorders.
"Dr. Low is doing truly remarkable work within the neuroscience field and I am thrilled we could partner to bring this future round of clinical trials to Philadelphia," Fattah said.

NeuroVigil is announcing the launching of a NASA satellite laboratory for assistive technologies, including mind enabled communication for individuals living with ALS, such as advisor Stephen Hawking.

The episode entitled "Can Our Minds Be Hacked?" aired July 3, 2013, at 10pm EST/PST, on Discovery Channel's Science Channel 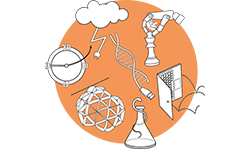 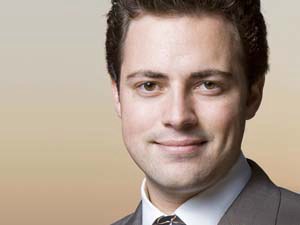 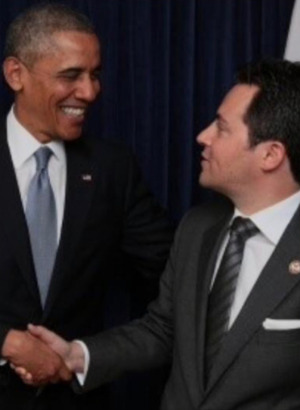 "Today I've invited some of the smartest people in the country, some of the most imaginative and effective researchers in the country — some very smart people to talk about the challenge that I issued in my State of the Union address: to grow our economy, to create new jobs, to reignite a rising, thriving middle class by investing in one of our core strengths, and that's American innovation...

Imagine if no family had to feel helpless watching a loved one disappear behind the mask of Parkinson's or struggle in the grip of epilepsy. Imagine if we could reverse traumatic brain injury or PTSD for our veterans who are coming home. Imagine if someone with a prosthetic limb can now play the piano or throw a baseball as well as anybody else, because the wiring from the brain to that prosthetic is direct and triggered by what's already happening in the patient's mind. What if computers could respond to our thoughts or our language barriers could come tumbling down?"
— US President Barack Obama, in the East Room of the White House

The Francis Crick Memorial Conference, focusing on "Consciousness in Humans and Non-Human Animals", aims to provide a purely data-driven perspective on the neural correlates of consciousness. The most advanced quantitative techniques for measuring and monitoring consciousness will be presented, with the topics of focus ranging from exploring the properties of neurons deep in the brainstem, to assessing global cerebral function in comatose patients. Model organisms investigated will span the species spectrum from flies to rodents, humans to birds, elephants to dolphins, and will be approached from the viewpoint of three branches of biology: anatomy, physiology, and behavior. Until animals have their own storytellers, humans will always have the most glorious part of the story, and with this proverbial concept in mind, the symposium will address the notion that humans do not alone possess the neurological faculties that constitute consciousness as it is presently understood. The list of speakers consists of internationally renowned scientists. 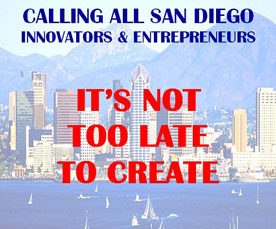 Petition for a more Innovative and Entrepreneurial San Diego — An Appeal to Mayoral Candidates
In the News: 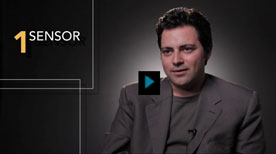 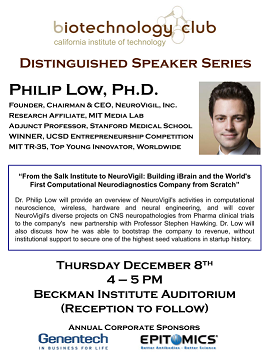 "From the Salk Institute to NeuroVigil: Building iBrain and the World's First Computational Neurodiagnostics Company from Scratch"

Dr. Philip Low will provide an overview of NeuroVigil's activities in computational neuroscience, wireless, hardware and neural engineering, and will cover NeuroVigil's diverse projects on CNS neuropathologies from Pharma clinical trials to the company's new partnership with Professor Stephen Hawking. Dr. Low will also discuss how he was able to bootstrap the company to revenue, without institutional support to secure one of the highest seed valuations in startup history.

A Platform for Hacking into the Brain: A new Paradigm for Data Driven Neurodiagnostics
December 1st, 2011 - Stanford University 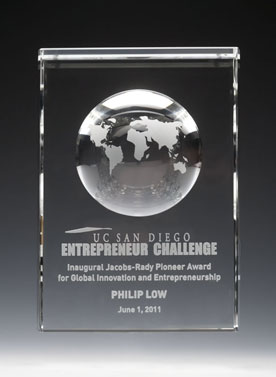 In his acceptance speech, Dr. Low encouraged scientists to learn to become entrepreneurs instead of necessarily relying on outside experts to run their companies. This is especially important in companies where key technology and business decisions are interdependent. Dr. Low also critiqued what has been widely dubbed as the 'San Diego Model' wherein entrepreneurs would only limit themselves to creating technology licensing boutiques for larger companies. 'Surely the city of Ellen Scripps, of Francis Crick, of Jonas Salk, of Irwin Jacobs and Ernest Rady, the city that is the home of the Marines and the SEALS and the city that calls its airport Lindbergh Field, can do better than that.' Low said, rousing applause from a crowd of young entrepreneurs. 'There are many more Qualcomms, Googles and Genentechs to build. Let's go to work!' said Dr. Low. 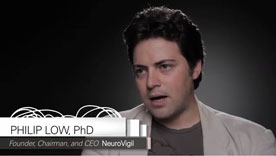 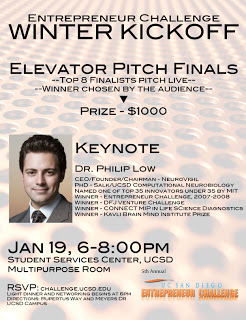 "The healthcare ramifications of this are profound. Disorders such as Alzheimer's can be diagnosed far more efficiently. Potentially dangerous drug interactions can be anticipated and prevented. More important, the combined data of thousands or millions of people can be combed for intelligence that helps scientists discover cures more rapidly and at lower expense."

Dr. Philip Low: A Better Way To Read From The Brain

"High-resolution brain scanning is currently limited to a laboratory environment, and tends to rely on methods which are costly, stressful and impair normal functioning. Here we present alternative methods which pair advanced single-channel EEG analysis, including SPEARS, to create dynamic maps of brain activity (Low Thesis, 2007) with non-invasive single-channel recording devices, including an affordable single-channel home-based brain recording device (iBrain). We present non-invasively collected biomarkers in both humans and animals and discuss the implementation of these techniques to obtain additional information on pre-market drugs in clinical trials."

"An awards ceremony honored the TR35 annual list of 35 outstanding men and women under the age of 35 who exemplify the spirit of innovation in business and technology. This year’s winners include Philip Low, Founder and CEO of NeuroVigil, who was honored for advances in patient self monitoring of neurological disorders...".